Cookies on Sleepless Dystopian - Sense Making in a Senseless World
This network uses cookies. By continuing to browse this network, you agree to the use of cookies.
Close and proceed
0 Becoming aware of your internal self-dialogue and the narrative that is constantly going on 50,000 times a day inside your own head is an amazing awakening, an enlightening realisation. Being able to identify your thoughts positive or negative and deciding to follow them and progress them or stop them in their tracks brings with it new freedom, a new sense of control over your own mind and an ability to decide your own future.

I am certainly not talking here about becoming aware and then deciding to suppress negative thoughts or feelings, especially if you are going through something that is causing you great upset or pain but rather becoming aware to the degree that the thoughts are not controlling us, we are taking control and deciding whether to allow those thoughts to develop or not deciding whether they are healthy and good for us or not.

This is where practising mindfulness really can help. Becoming truly present and aware of your external and your internal worlds puts you in the seat of control. It allows you to balance your external stimuli with your internal dialogue allowing you to control and regulate your physiological and emotional reactions and state.  It does not mean you become an emotionless robot but it does stop you being ruled or run by your emotions and stops your body taking control and looking for that chemical stimulus that it may be getting addicted to.

Remembering also that the outside world and its media are designing to stimulate an emotional reaction within you so that your logical thought processes are overtaken.

Taking Control; stopping the media from influencing your emotions

It’s amazing when you look out into the world through the window of your TV or computer screen and see it as it is portrayed. The sheer immense amount of negativity I see when I look through these windows is enough to make depressed. If I chose to look through these windows every day my view of the world would surely be a very twisted one. Don’t get me wrong the irony of me writing a blog like this which will be displayed through one of those very windows is not lost on me.

A couple of years ago (maybe even less) I was depressed and downhearted by the world I saw around me, or at least the world I thought I saw. My daily routine would consist of getting up early and whilst having breakfast and my morning coffee fix watching the news on TV, catching up on what had been happening in the world during the night when I should have been sleeping. I would then go about my daily routine. I would go to work listening to the radio in the car on my way and see the continued 24-hour news coverage from the BBC on canteen TV whilst I was getting my first work morning coffee. I would then usually go into my office and as my computer loaded up I would look at my phone with its news alerts and Facebook updates or Twitter notifications and see what’s been going on. By this point, I would no doubt be well versed in the drama that had unfolded on that particular day and everybody’s point of view from the anchorwomen and men, the pundits, the facebook status commentators, the internet trolls and more.

I would sit in the canteen at lunch with the 24 hour news usually still going on, unless someone had gotten incredibly bored and switched it to some program that basically seemed to be telling me I wasn’t good looking enough or rich enough, tall enough or lucky enough to think myself worthwhile by showing me all the people I would never be, owning all the things I would never own.

Friends would update their drivel onto their status and when something went viral all would be blah blah blahing about it with as much visceral deluge of uneducated uninformed bile that they could have become a Daily Mail editor in chief.

During my evening meal I would watch the news, throughout my evening I would engage with different mediums and be fed more and more of the day’s news and views. I would watch debate shows, the latest youtube videos and so on and so on.

So I spent my days being bombarded by negative media stories combined with a weird mix of glitzy glamorous advertising that told me how happy, sexually desirable and better off I could be if I only owned the piece of tat that it was parading before me by impossibly beautiful people that only made me feel insecure every time I dared to look into a mirror. Pretty standard for most people no doubt this tale of how we connect with the outside world.

This article was written by Sam our Founder, Editor and Chief Behavioural Anarchist. Sam is a Data-Driven Marketing and Behavioural Communication’s Strategist based in Telford, Shropshire in the UK.

Here he is a Writer on Behavioural Insights, Media, Communications, Data Science & Marketing Technology. Keeping a watchful eye and investigating the misuse of technology and behavioural science by big business, media, and politicians in manipulating online narratives to sway public opinion. All opinions are his own. :

All images on this site used under CC0 License
✓ Free for personal and commercial use
✓ No attribution required, however, we try to contribute to the artist if known.

Join our social community today! Be part of the conversation.

We have a wealth of digital, direct and data-driven marketing content for people looking to shape change by setting up their own business, social enterprise or cause. Membership is free and all we ask in turn is that you be part of the conversation with an aim to shaping positive change in the world. 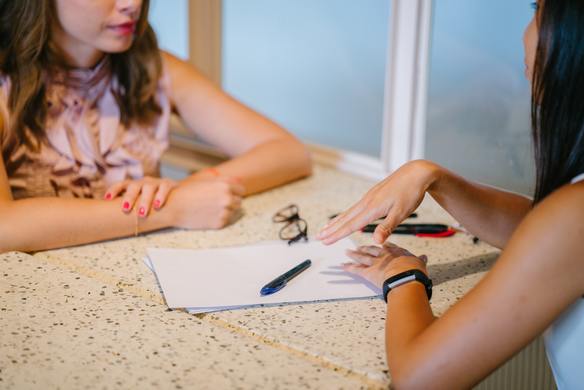 It's rarely easy to go out and find a job. Having a good resume can get you in the door. It can make people ready and willing to meet you. They'll want to discuss your future with their company. However, poor use of body language can lose you the jo…
See More


Facebook removes posts from Trump for misinformation. The first time it has done this let’s hope it’s not the last.

Boris Johnson and the Vote Leave cabal holed up in Number 10 continue to churn out unrealistic promises and blatant lies. The Coronavirus cr...


What happened to the “Ring of steel” around care homes? Another sound bite from Boris’ unelected adviso…
See More

The European Union has denied funding to six Polish towns that declared themselves to be "LGBT-Free Zones."


And we left the EU? You know the one that stands up for human rights; namely LGBT rights in this instance.
And how does it do it? By withh…
See More

Facebook knows a lot about you. There are some ways you can limit this


Concerned about privacy on and from Facebook. Facebook knows a lot about you. It tracks you on social network, online and offline. In this article they discuss some ways you ca…
See More


What a surprise Johnson lying to us about child poverty statistics.

MIT Media Lab researcher Joy Buolamwini's groundbreaking discovery that widespread bias is built into artificial intelligence and algorithms leads her to create the Algorithmic Justice League, and push for protective legislation in the U.S. Making a family monthly budget is essential. If you have children, it is even more important. Families of one, two or five or more need to know how much money is flowing into and out of their households. The family budget allows you to track each it…
See More 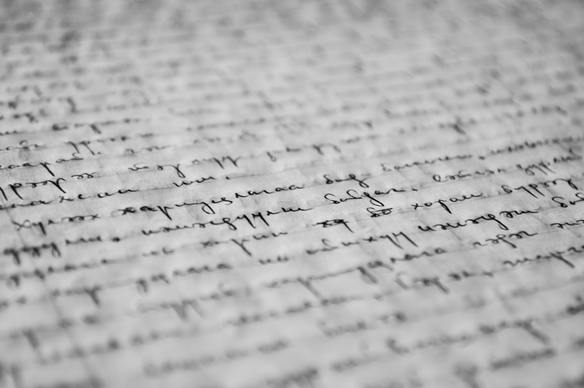 Estimated 2 minutes read: Article Marketing: It is Good to End With a Resource Box: Series Marketing Your Cause
When we look at books in the store, we always see the cover with the title and the name of the author printed on both the front and the s…
See More

Contracts worth billions have been handed out by a government willing to brazen out disgrace until outrage subsides, says Guardian columnist George Monbiot

The Central Intelligence Agency has conducted a series of covert cyber operations against Iran and other targets since winning a secret victory in 2018 when President Trump signed what amounts to a sweeping authorization for such activities, accordi…
See More

Plus: Misinformation around Black Lives Matter protests and an analysis of the most-shared COVID-19 misinformation in Europe.


Why do people share misinformation on social media? An interesting article here looking at this and some of the most wide…
See More Estimated two minutes read: Article Marketing Is Important: Series Marketing Your Cause
Article marketing has been used for years. From media publications, it has shifted to the web which many experts say is timeless thus making it very important in…
See More
More…
Loading ...