Putin's road to war: a Frontline documentary Putin's invasion and illegal war in Ukraine have been brewing within him for a very long time. This documentary outlines his rise to power, his propaganda machine, information and psychological warfare on his own people and the west. How his influence in the US election was not only celebrated by the powerful elites in Russia but also how he used it to sew seeds of doubt and mistrust and disruption across America. And how it emboldened him to crack down not only on his own people but also to position him for this war. Viewer discretion is advised there some upsetting scenes of death and destruction at the hands of Putin and more. #PutinIsaWarCriminal #Putinswar #PutinsPuppet #russianinvasionofukraine

This would be funny if it wasn’t true!! We need to get real about #climatechange and this is not just about focusing on micro consumerism but on the capitalist structures that really run this world

I read or heard recently (because let’s face it, who can really remember where they get their bits of information these days as we are deluged by barrels brimming over with the sh#t) that politicians take every email or letter receive from constituents they considerate representative of 10-15% of voters, and they want to stay in power. This means we all have power, every single one of us. Please email your MP to protect your right to protest, you’ll want it when it matters. “STOP THE POLICING BILL Email your MP to help protect protest rights. EMAIL YOUR MP The Police, Crime, Sentencing and Courts Bill is an attack on the fundamental right to protest. Thankfully the House of Lords removed many of the worst anti-protest measures from the Bill – but some can be put back in. We need to take action now to stop this. Peers voted TWICE to get rid of plans to allow the police to place conditions on protests if they are noisy. Noise is at the very heart of protest – it’s literally how we make our voices heard” #policingbill #policingbill2021 #policingbills #policingbilluk Anonymous has hacked printers across Russia to spread anti-Putin messages. 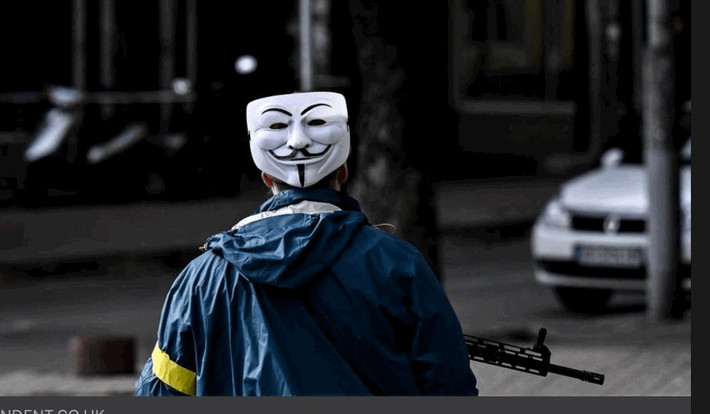 We have a real wartime leader in our time! We shouldn’t need one. Stand with Ukraine #StandWithUkranie protest in the streets, whilst we still can, become digital activists and spread the message far and wide. Join groups taking direct action or supporting the refugee effort. Take in a refugee if you can, give them a safe place to sleep. Do whatever you can and stand up for freedom #standupforfreedom #StandUpForHumanRights #supportukraine